Seeing as I’ve spent years studying health and society I would have been disappointed if I didn’t do as well as I did on the Health Equity quiz [9/10]. The most eye opening statistic from it was the differences in life expectancy between zip codes.

The video-clip that I chose to discuss is “More than just a pay check”. It’s about the lives of workers and the loss of livelihood. It’s about the desire to compound the bottom line and the despair of falling below the line, of poverty. We live in America where the choices of few ravish whole towns and force people out onto the streets, create addictions and dysfunctional families. This is not the America our founders died for. In 1773, they donned warpaint and destroyed the property of a giant multinational corporation; the East India Trade company who ran global commerce with generous subsidies from the British Crown and destroyed homegrown businesses and local economies (Harmann). Enough about the past; you can learn a lot about it from the present. Here is the story of one plant and many lives in Greenville, MI. 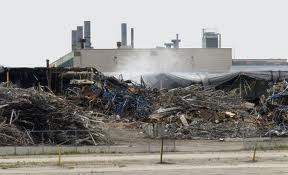 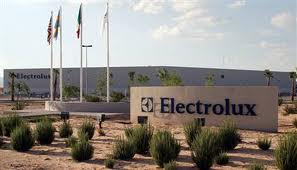 Electrolux demolished its Greenville, MI plant and relocated operations to Juarez, Mexico. The video camera followed the rubble into the neighborhoods and homes of the men and women who had to step out of that building for the last time. Seeing their livelihood crushed by a wrecking ball they fell victim to depression, anxiety and stress. According to hospital reports; three times as many people took their lives following that plant closing than previous years. Three times as many homes fell victim to domestic violence as well. It’s was a grim storyline in our state of Michigan. Across the Atlantic in Swedan, there was a story similar to that of Greenville’s but different in all the ways that matter. I suppose you could say the only similarity was an Electrolux plant shut down. The things that matter, the people, were treated with dignity. In Sweden, Electrolux Emploees were guaranteed 80% unemployment as long as they were pursuing work or an education. The government of Sweden along with its powerful labor unions pressured the company into investing in the creation of other jobs. Back home in the Mitten, in Greenville, most were left without a job, or any benefits.

An average CEO earns more before lunchtime (~2 hours) on the very first day of work in a year than a minimum wage worker earns after a year of work (Mishel). People can not live off of minimum wage. If the minimum wage rose at the same rate as the average CEO’s salary it would atleast in the $20’s (Nation of Change). If only it would keep up with inflation it ought to be $10.50 (Nation of Change). We should look at successful politics, economics, and cultures and how they conduct business. Serious regulation of unethical business practices must be devised. Organized Labor must be strengthened, the government should work for the people instead of working the people. Hard working Americans ought to demand their rights. The health issues ought to be addressed by social workers and public health departments; unethical business has become pandemic.