Hi, my name is Becca Young and I am an anthropology major with a minor in health promotion. I am going into my fifth (and hopefully last) year, as I recently switched majors from nursing, and I want to go into medical anthropology. My mother and sister are both nurses, so the medical field has always been very interesting to me having heard their stories about all of the different aspects of the medical field my entire life. For the summer I am working as a park ranger at Hawk Island park in Lansing, and am working towards becoming a lifeguard there. I have two adorable pets that I love, a Husky named Loki and a cat named Penguin. I sometimes play soccer, even though I am extremely out of shape and have two bad ankles. One of my favorite things to do is finding new music and going to concerts. I also love to travel, and am actually going to Greece near the end of the summer so I have that to look forward to!

I don’t have much experience with anthropology, as I am just starting my new major. The most I know are from movies and television (which are always 100% reliable of course…), and from the research I have done looking up what I want to do when I graduate. I am taking this class to get a better understanding of medical anthropology, including what types of research and things you can do with the title, and am hoping it will give me a solid footing and a better idea of what I want to research when I hopefully become a medical anthropologist.

I added a picture of Bones (a forensic anthropologist that works with the FBI) because I have watched this show since it started, and was watching it one day when it hit me… Anthropology. This show helped me change my major from something that was making me unhappy to something that I believe is right for me. Also, whenever I tell anyone I want to be a medical anthropologist they say, “oh! Just like Bones!” Almost, but not quite. 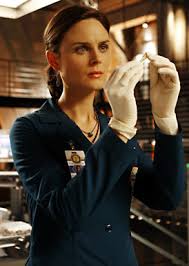 Also, she is a strong female character on TV, which I think is awesome.