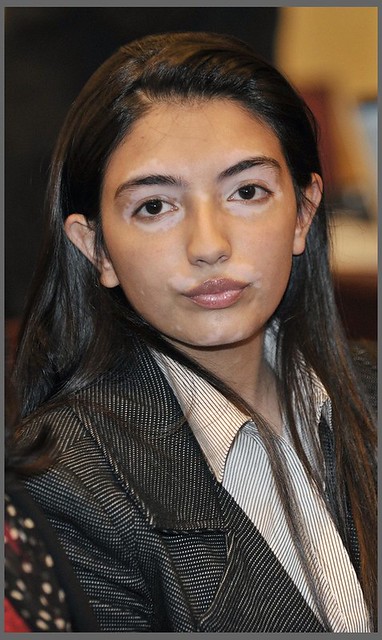 Vitiligo is a skin disorder that results in depigmentation where patches of white develop and form in sections around the body. These “white patches” indicate that melanocytes within the skin were affected and thus, died off. Melanocytes are cells that give the skin its color or pigment. Vitiligo is not contagious, but it is a life long disorder.

The cause of this skin disorder spans as more than one possibility. It can be influenced from the environment such as stress, harm to the skin due to a critical sunburn or cut, or exposure to some chemicals.1 Or it is often seen in families and so susceptibility to vitiligo is thought to be genetics. This is where gene flow comes into the picture and we see the genotype remain in close-knit populations.

Or vitiligo can also be the result of a mutation. Many researchers claim that it’s an autoimmune disorder in which body’s immune system turns on its own cells to destroy the melanocytes. And so these melanocytes are then malfunctioning. There’s research out there claiming that oxidative stress imbalance can also lead to vitiligo. Basically this means that there’s too much hydrogen peroxide accumulating in the skin because people with vitiligo may not have the proper enzyme to break down hydrogen peroxide. 2

While it can occur the same for men and women and is found in all races, it’s definitely a lot more prevalent for people who have tanned skin and more than 90 percent of the population in Pakistan is tan. From personal experience, I do feel this disorder is very common especially since I have a few family members who have this skin mutation, including my dad. My dad’s vitiligo is minor, but that doesn’t change the fact that he’s still a carrier and it will be passed down future generations. It’s been around for so many generations that it has this strong stigma attached to it, which makes it problematic sometimes for people who have severe cases of vitiligo that psychological issues arise as well. One study conducted in Pakistan found a strong association between depression and vitiligo, as it was the most frequent psychological disorder.