It seems as though zombies are coming increasingly more popular in pop culture as time goes on. Countless movies, books, video games, and even TV shows based on zombies have dated back to 1932 when the first feature length zombie film, White Zombie, came out. But have you ever wondered where the images and ideas of the reanimation of dead people came from? Rising from the grave, rotting, pasty, green skin, an uncanny taste for human flesh and brains that can all be ended with a blow to the head. As far as how exactly the people came to zombies varies, but the characteristics described earlier usually stay pretty constant.

History shows that this idea dates back to the 8th century. The word ‘zombie’ is said to have come from nzambi, which in Kongo means ‘spirit of a dead person’, or zonbi, used in the Louisiana Creole or the Haitian Creole that represents a person who died and was then brought to life without speech or free will.

Voodoo folklore contends that Bokors, Voodoo priests that were concerned with the study and application of black magic, posessed the ability to ressurrect the deceased through the administration of coup padre—coup padre is a powder that is issued orally, the primary ingredient of which is tetrodoxin, the deadly substance of the notoriously poisonous fou-fou, or “porcupine fish.” According to lengend, “a zombi(e) is someone who has annoyed his or her family and community to the degree that they can no longer stand to live with this person. They respond by hiring a Bokor..to turn them into a zombi(e).” (www.flmnh.ufl.edu)

Once they had been issued the coup padre, the subjects being prepared for their descent into zombidom would appear to die insofar as their heart rate would slow to a near stop, their breathing patterns would be greatly subdued and their body temperature would significantly decrease. The public, thinking that the person was dead, would bury him/ her as if they were a corpse. They would then be exhumed, still alive, by the Bokor and, although their physicality remained intact, their memory would be erased and they would be transformed into mindless drones. “Though still living, they remain under the Bokor’s power until the Bokor dies.” (www.flmnh.ufl.edu)

Some people even have said that the Mayans were destroyed by zombies. Reports of widespread cannibalism at the end of the Mayan civilization suggests something much more sinister than a simple drought or cross-tribal dispute.  Bones found in and around Mayan cities show signs of being violently ripped from their sockets, and chewed to bits on the spot.  Evidence has even been found of children eating their parents, and entire villages devouring themselves within a matter of days.

Found in Syria, evidence suggests that the Stone Age heads were originally buried with their bodies intact, but then after several years they were dug up and their skulls were crushed and separated from the rest of the skeleton. No one knows why the face-smashing and careful removal of the heads took place. Some say it could have been because the people of the area were trying to prevent the dead from coming back to life.

The act of putting gravestones on top of had apparently come from the fear that the dead might come back to life. It started by placing rocks over a fresh graves, keeping the dead from coming back out of the ground.

What we know as zombies today is largely a myth, but there is a small amount of truth. Voodoo and witchcraft were a huge part of the Haitian culture, which produced ‘zombies’. Whether or not it actually works doesn’t matter, here is where the saying ‘mind over matter’ comes into play. People were given the terotoxin and soon believed themselves into becoming a zombie. From there, the rest of the story comes together, with money as a motivation, stories were changed for the people’s pleasure. 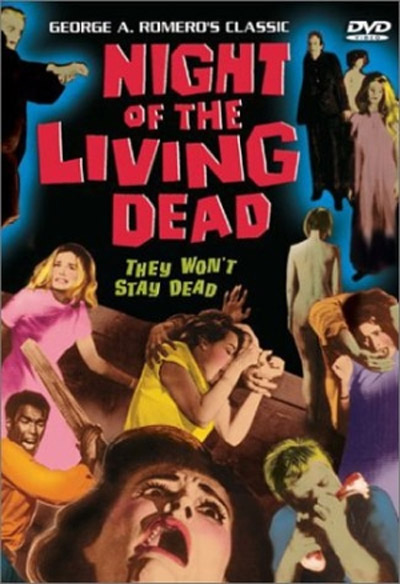 1 thought on “History of Zombies”