Some believe that birth is a universal life event, and so should be experienced relatively the same around the world. However, something that occurs to every human can be experienced in thousand of different ways. We have learned about birthing practices in the Netherlands, the United States, Canada, and Vietnam. Each cultures view on birth gives us clues as how how these cultures view women, mothers, and families in their respective societies.

In Vietnam, we are shown birth through the eyes of a traveling midwife. These midwives are very important to smaller minority groups in Vietnam that do not speak the dominant language. The Hmong women follow the belief that a birth must be a home, so the placenta can be promptly buried under her bed. They also worry of judgement from medical centers that don’t wish to treat them or will treat them differently from other Vietnamese women (Ahlmark, 2011). The film seems to follow the perspective that more women in this area should be moving to hospital births. This is backed up by an infant mortality rate for Hmong people that is ten times higher than other parts of the country. The film also shows the position of women in the Hmong family structure. When a midwife wants to take a woman to the hospital for a birth, she must ask permission from the father or husband of the pregnant woman (Ahlmark, 2011). She can not take the woman without being given this permission. This gives the impression that the women here have less independence and agency over their own body. The men have the power over their partners, and the circumstances of the birthing event.

In contrast, women in the Netherlands have much more choice over the location of their births. Only about 30.8 percent of births occurs in hospitals. The government of the Netherlands acknowledge that home births are not any more likely to have complications that hospital births. However, in comparison to other countries, the Netherlands has maternity services set up to meet the demands of the population. This includes good transport, and nearby hospitals in case medical attention is necessary (Jonge A. et al., 2009). In the dominant culture there is not a push to see an increase in hospital births. Women in the Netherlands do not experience the same birthing risks that Hmong women do. They also have more independence in their choice. Men were not mentioned as decision makers in the choice of labor location. The article seems to favor the idea of women staying home for having children, and demedicalizing birth.

Inuit women are in the unique position of reclaiming their cultural heritage through birth. It has been common in years since resettlement projects in the region for women to give birth in Southern hospitals in Canada. This takes them from their families for unknown periods of time, and is a expensive trip and financial burden on familes. This method also goes against traditional rituals of having a mother isolated after birth and constant contact with the newborn (Daviss, 1997). Elders from Povurnituq fought against sending mothers south, and began to come together to reclaim their birthing traditions. Now 92.2 percent of women in Povurnituq give birth at home. This development marks the revitalization of cultural traditions, and the independence of Inuit women to choose for themselves how they want to give birth.

In the United States, childbirth is still highly medicalized. Often, at home births are looked down upon as unsafe for mother and child. In 1980, 98 percent of births were in hospitals. Unfortunately, this high percentage of hospital births does not translate to a low infant mortality rate. The United States is behind most developed nation in terms of infant mortality rate. This view that women most be in a hospital to give birth might give a wrong impression that women in the U.S. are just not capable to performing this very natural task. The United States could learn something from other cultural views of birth. 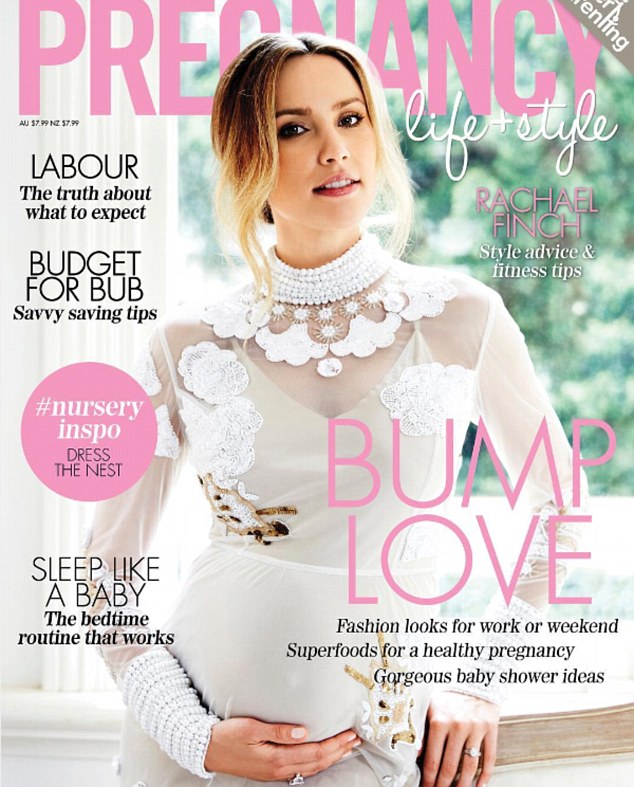 I think this photo illustrates that idea that women, even when pregnant, should continue to live up to a ideal view of what a woman’s body should look like. The photo is taken at an angle to make the women look smaller, her baby bump is almost unnoticeable. She also appears “glowing”. There is an underlying idea in dominant culture that women are transformed into something better when they become pregnant and become mothers. As if that is the ultimate goal for a women in our society. Some of these magazine with glamorous portrayal of pregnant women never show what it’s truly like to be pregnant in the United States.