In comparison to the Netherlands, the Inuit, and Vietnam, the United States’ perspective on birth is much more medicalized and arguably less of a spiritual and personal experience for the mother and the entire family. Throughout the ages in the United States, more people have been giving birth in what they believe to be the safest and most normal conditions: in the hospital. According to the lecture “Birth and Death Cross-Culturally”, 98% percent of women gave birth in hospitals in 1980,  and I’m positive that number is even higher now.

In the Netherlands, as researcher Professor Simone Buitendijk, Head of the Child Health Programme at the Netherlands Organization for Applied Scientific Research, said, “Since 1993, the official policy in the UK has been to give women more choice in their place of birth,” (Jonge A., et al., 2009). Women in the Netherlands are aware that babies resulting from home births are equally admitted into neonatal intensive care units as compared to babies born in hospitals and are comfortable making a decision on their own because of this (and is probably why 60.7% of women give home births). I think Jonge A., et al. believe that women should feel more comfortable making this decision and want to present this data to the world to help that happen. These statistics show cultural differences between women and families in the US and in the Netherlands. Women in the Netherlands have more confidence about birthing and they encourage an environment of choice and of comfort to each individual.

Moreover, in Canada and among the Inuit, it is also more common to give birth away from a hospital setting, although that has been changing. The Inuit focus on diverse aspects of logic in considering where to give birth and these include scientific, clinical, personal, cultural, intuitive, political, legal, and economic logic (Daviss, 1997). I believe the Inuit have a more well-rounded way at looking at birth than people in the US and don’t just rely on scientific benefits, but those of their cultures, too. As discussed by Daviss, when doctors and mothers talk about birthing options in the US, often times the measured aspects are legal risks or clinical risks; personal and cultural wishes are not taken into account (Daviss, 1997). I think this shows a lack of culture on America’s part and shows the appreciation of culture among the Inuit women and families.  Though a lot of Inuits are evacuated to hospitals to give birth by themselves, there is still more freedom, more personal consideration, and more prevalence of home births than in the US and I think that is Daviss’ theoretical perspective. I think it is also important to note that “from the day of birth, the baby [is] in almost constant contact with the mother, either in the hood of her parka, or nestled in the front of the parka feeding” (The Pauktuutit Inuit Women of Canada, 2006). This displays a different cultural idea about mothers than in the US–that the mother should be the sole caretaker for awhile to develop a deeper connection (not a doctor).

Demonstrated by filmmakers Nick Ahlmark and Nicole Precel, in Vietnam, Hmong women rarely volunteer to give birth in a hospital like women in the United States do. That is the main difference. If Hmong women do travel to a hospital by foot to give birth, it is because they were basically forced by a midwife who advocates for safer and cleaner births in government health centers (Ahlmark, 2011). I believe Ahlmark and Precel filmed this to also advocate for safer births in Vietnam. This is somewhat similar to the US except midwives aren’t used, mothers just voluntarily take themselves to the hospital because that is the norm. I think the preference to give a home birth shows that the Hmong women, mothers, and families have a culture more based on spirituality and rituals in the birthing and death process.

On another hand, Merilynne Rush discusses medicalized death in the United States as compared to other countries. We used to celebrate a person’s life and accept death as a natural life progression rather than dread death and hope for eternal life. This change in culture in America has caused us to completely ignore death until it happens and then last minute put the plans on someone else’s agenda, like a funeral home who just embalms the body and puts on clothes that the deceased person never actually wore in their lives (Rush, 2012). It is less personalized, less spiritual, less intimate, and way more medicalized. 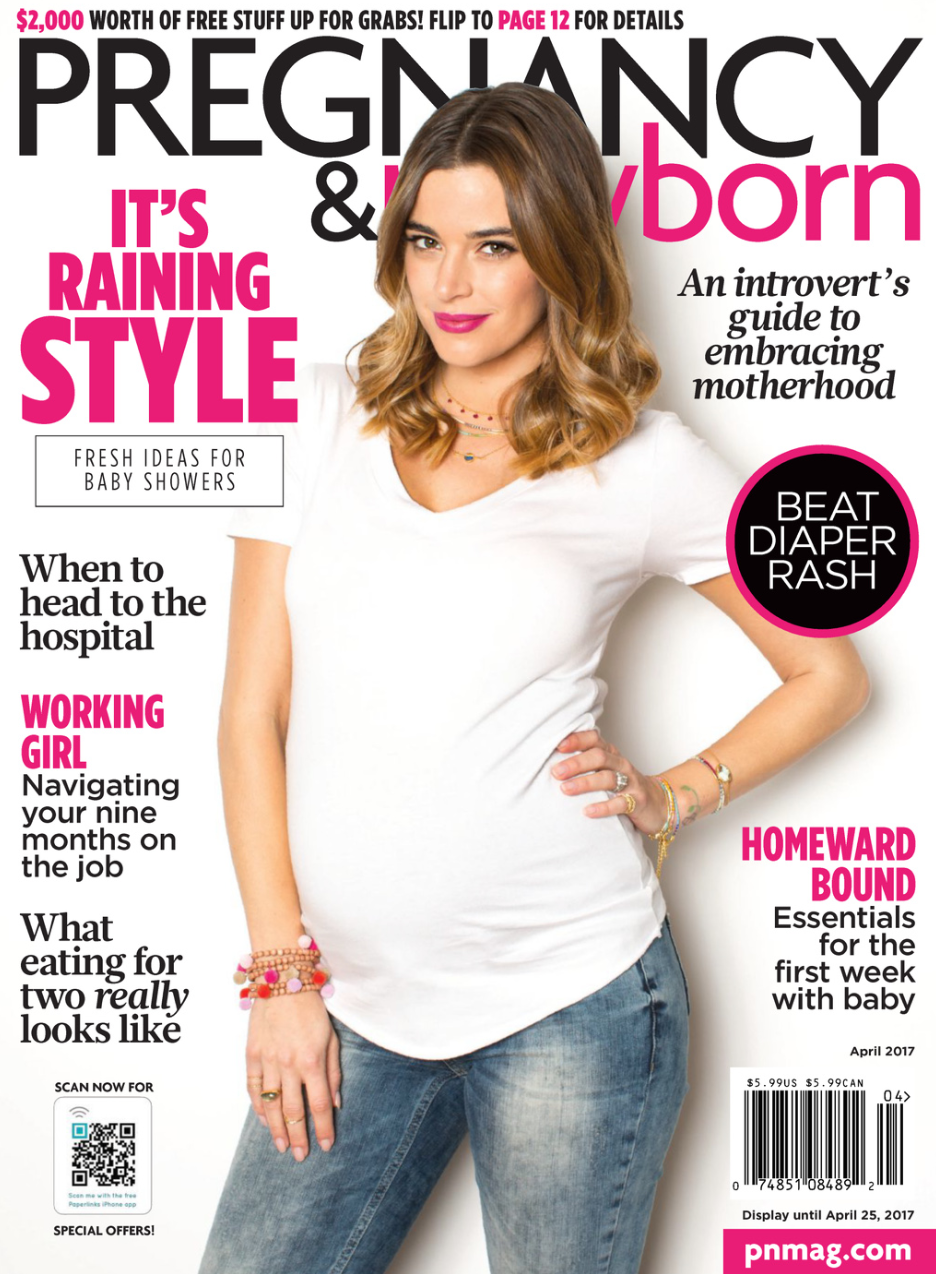 This image reinforces dominant ideas about birth in the United States. This popular magazine probably has millions of subscribers and has “When to head to the hospital” in bold letters on the front cover. This doesn’t even give someone an option to give birth somewhere else and essentially tells them that it’s not okay and not ideal if you aren’t driving to the hospital a few hours before you give birth. On top of this, this image seems to try to hide that the woman is pregnant by focusing on her style and not her baby which just proves even further that childbearing in America is largely based on what society wants to see.

Daviss, B. A., (1997). Heeding Warnings from the Canary, the Whale, and the Inuit: A Framework for Analyzing Competing Types of Knowledge about Birth. In Childbirth and Authoritative Knowledge: Cross-Cultural Perspective, edited by Robbie Davis-Floyd and Carolyn Sargent, pp. 441-473. Berkeley: University of California Press.