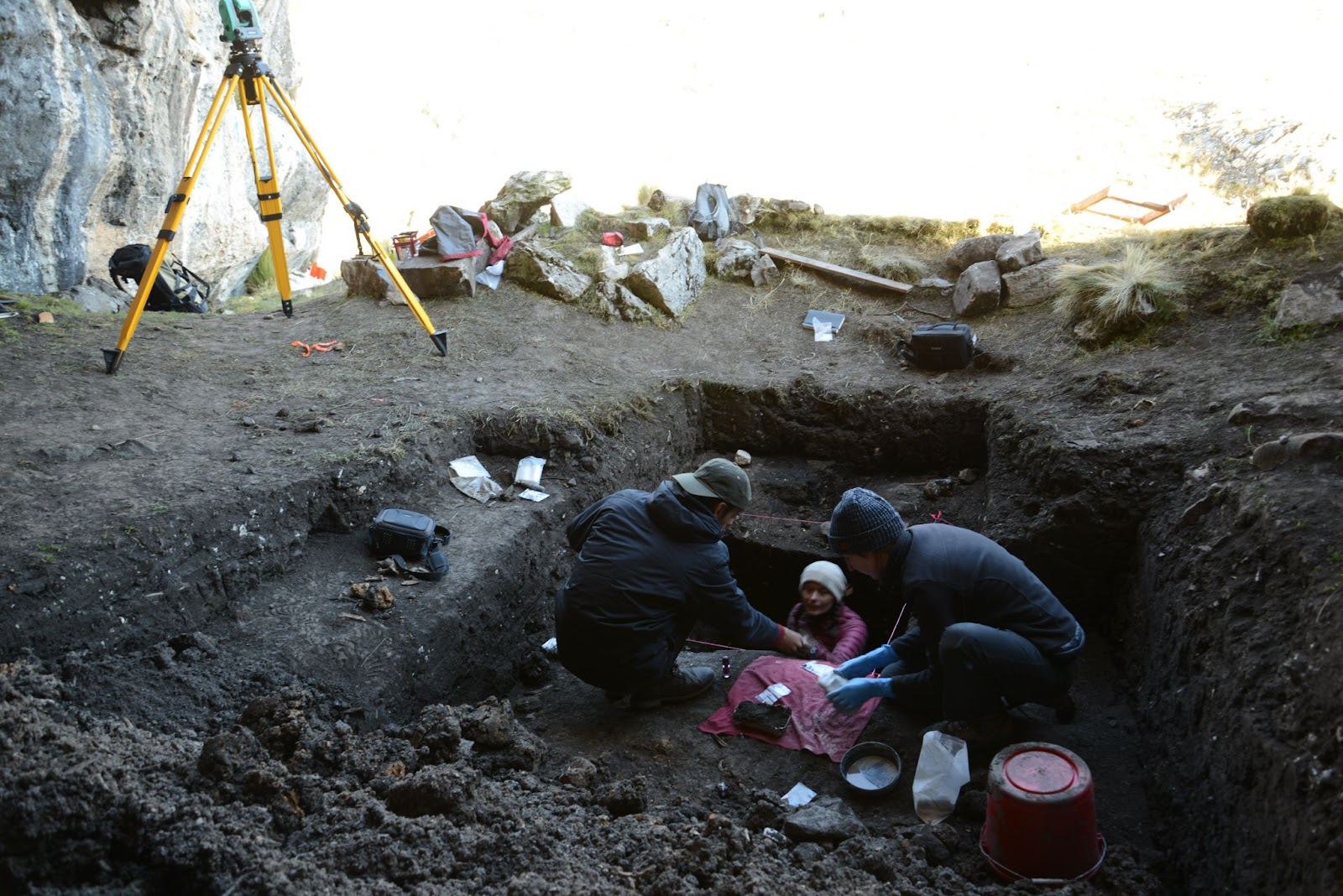 The intersection of archaeology and geology tells the story of human connection and interaction with the earth. What if we could go back in time to understand how people lived in the highest altitudes in the Americas across time? The archaeological and geological record has left behind clues for MSU Department of Anthropology Assistant Professor Kurt Rademaker and his team.

“People at the end of the last Ice Age managed to live in the high Andes, an extremely challenging environment where modern nighttime temperatures drop to -10 C (15 degrees F) and where there is only 60% of the oxygen pressure relative to sea level,” Rademaker said.

“This highlights how incredibly adaptive our species is. This archaeological site records evidence of wet and dry climate phases over the past 12,000 years, and it shows that people shifted their settlement strategies according to those changes. Archaeology can be a powerful tool to learn about the relationship between people and their environments.”

Most recently, Rademaker and his team have published a new paper in the journal Geoarchaeology called “A site formation model for Cuncaicha rock shelter: Depositional and post-depositional processes at the high-altitude keysite in the Peruvian Andes” Rademaker and co-author Christopher Miller advise Sarah Meinekat, who is a doctoral student at the University of Tübingen and the publication’s lead author. The paper presents a detailed sequence of site formation processes and environmental change recorded in the highest-elevation Pleistocene archaeological site in the Americas. At 4480 m (14,700 feet) above sea level, the Cuncaicha rockshelter is the highest-elevation Pleistocene (Ice Age) archaeological site in the Americas

“The site contains a well-preserved record of episodic human occupations over the past 12,300 years,” Rademaker said. “Our team applied cutting-edge techniques to study the natural and human processes that formed the site’s sediment sequence. These methods have been applied to very early few sites in South America, but doing so is important for making reliable interpretations about past human behavior.”

The team learned two key insights during this phase of their research.

“One, we gained insights on the intensity of occupation through time, which tells us how people were using the site,” he explained. “The sediments show that people generated large quantities of ash from campfires and dense accumulations of artifacts and plant and animal remains, consistent with using the site as a residential campsite. Two, the timing of site occupations and abandonments is not accidental. The high resolution of our radiocarbon dating and stratigraphy links the site occupations with wetter climate phases and abandonments with arid phases.”

Rademaker has enjoyed being an advisor and mentor to Meinekat, doctoral candidate at the University of Tübingen.

“Sarah has done outstanding work on one of South America’s most important early archaeological sites! She is currently conducting similar investigations on other early sites in the Andes and Pacific coast of South America.”

Scroll Up
Dept. of Anthropology